In the first three quarters of 2019 Azerbaijani plants exported 32% more cement to neighboring Georgia than in the first nine months of last year. According to the report of the National Statistics Office of Georgia the total export volume amounted to 318,993 tons of cement worth $17.4 million.

The trend was already noted when summing up the results of The first half of the year was already hinting at this trend, when by June Azerbaijani plants shipped 189,757 tons of cement to Georgia. Almost 5% more than a year ago.

According to statistics, exports to Georgia increased by about 40 thousand tons just over the July alone, yieldeding 12.6% growth over the course of seven months.

According to national statistics, Azerbaijan has imported $27.6 million worth of cement to Georgia (as opposed to $24 million last year) within the nine months period of 2019. The import amounted to only $305,000.

In October, Holcim Azerbaijan, part of LafargeHolcim holding, announced the expansion of export deliveries in addition to Kazakhstan, Uzbekistan and Russian Republic of Dagestan. According to CEO Frederick Gumbal, the plant in Georgia primarily works with partners from a subsidiary of Lafarge.

Cement production, export and import data (according to the open-source data provided by Statistics Offices of Azerbaijan and Georgia): 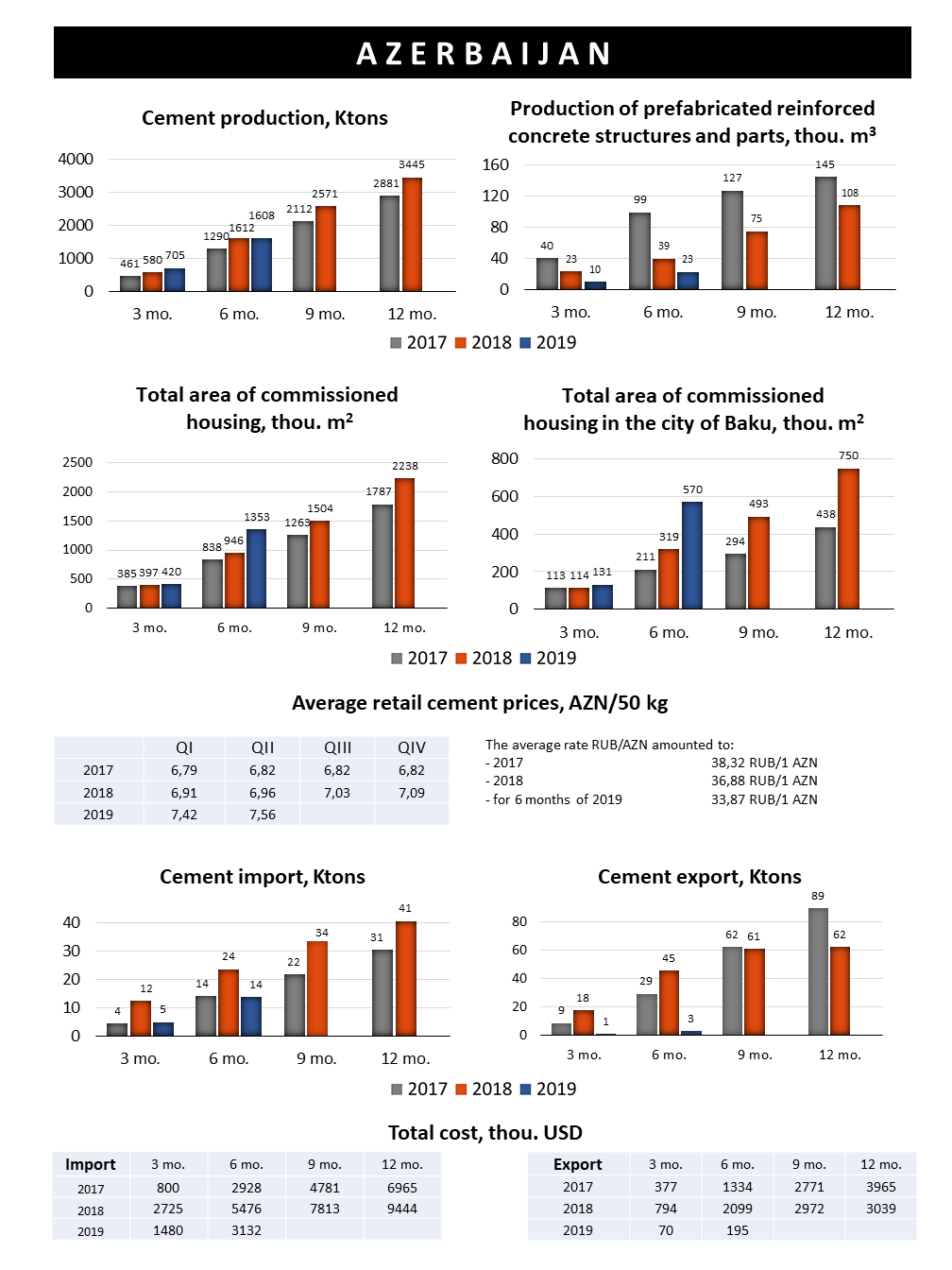 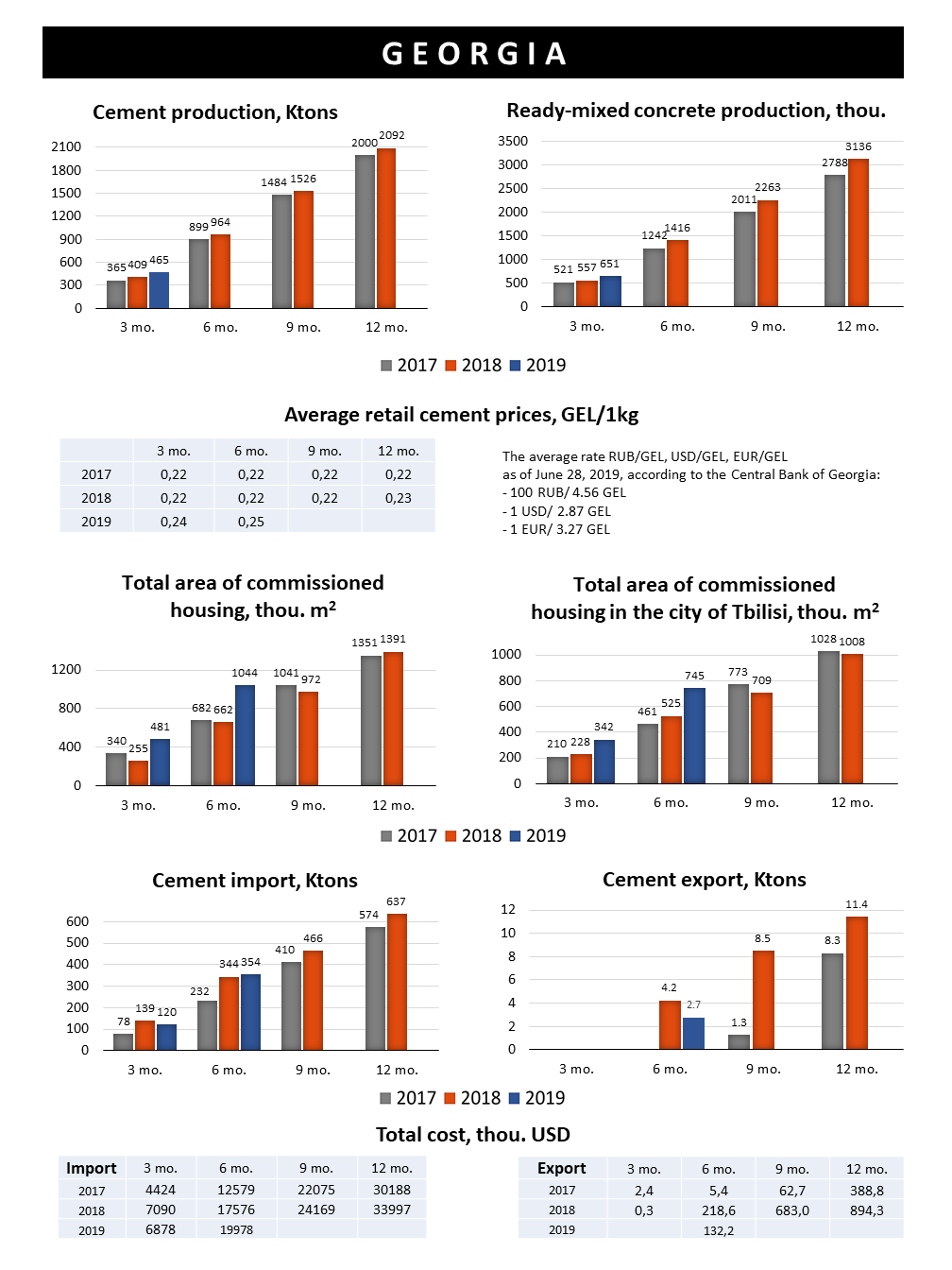 Region: Azerbaijan
Source: National Statistics Office of Georgia
Image source: Holcim Azerbaijan
Tags: Azerbaijan, HolcimAzerbaijan, LafargeHolcim, Georgia, Azerbaijan, cement
The use of materials published on the site is allowed only with the reference to the source (the journal «Cement and its application») and a hyperlink to the quoted material.
Share:
07.11.2019Gebr. Pfeiffer to Construct GBFS Grinding Plant for Swecem Ab

Gebr. Pfeiffer to supply and construct a complete GBFS grinding plant in Sweden.

Region: Sweden
06.11.2019The Assembly of a Rotary Kiln Stats at a Future Cement Plant Near Yekaterinburg

The largest developer of Yekaterinburg, has begun the assembly of a rotary kiln.

The largest supplier to the mining and cement industry strives to reduce the environmental impact.

The Timlyuy Cement plant in Buryatia underwent the modernization of the power supply system.

The use of materials published on the site is allowed only with reference to the source (the journal «Cement and its application») and a hyperlink to the quoted material.
© 2007-2022 PetroCem Ltd
Privacy policy